This year I'm so thankful for the totally unplanned fun. In between the mundane and the hard, there is so much good. 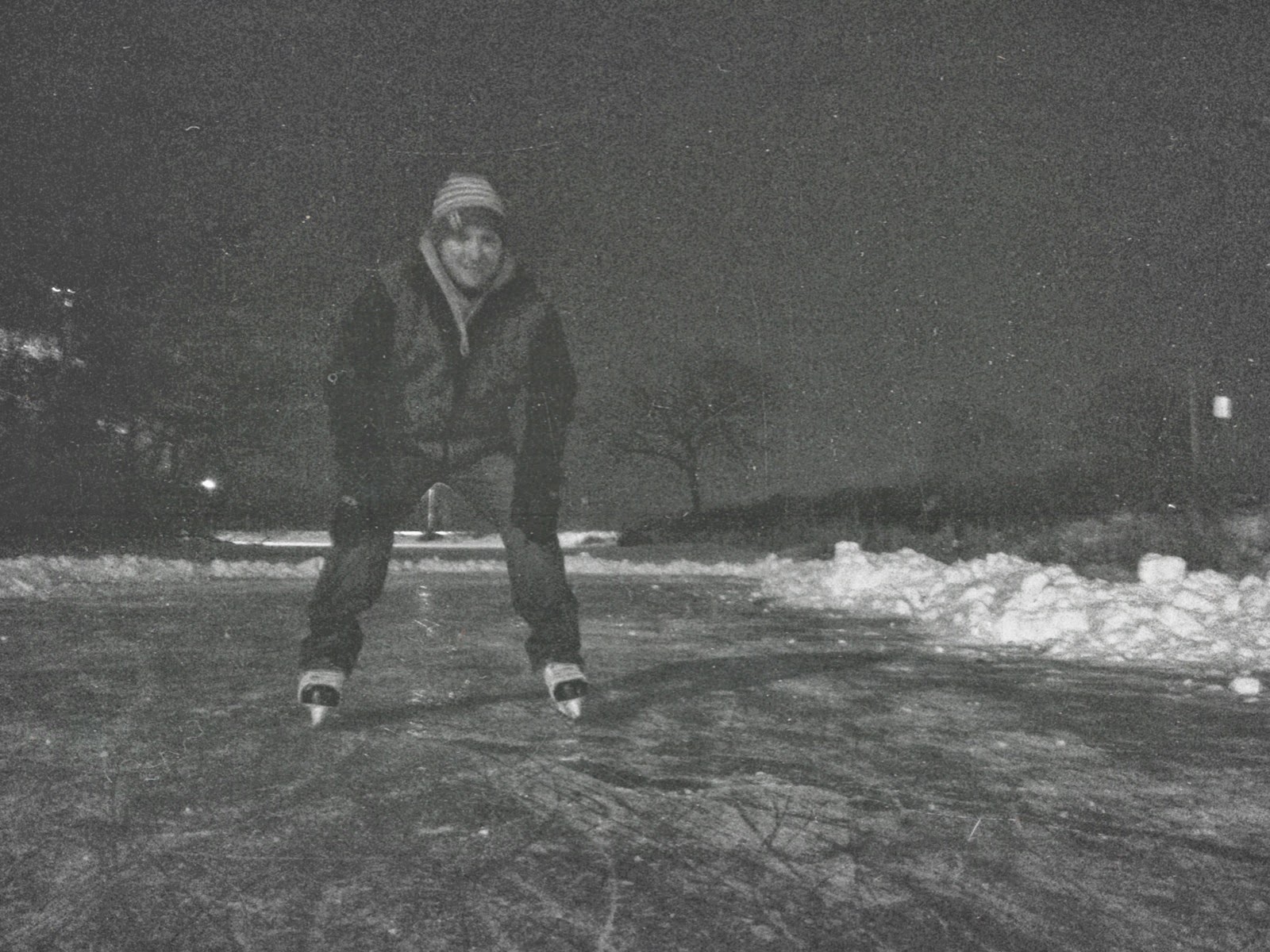 going along on Matt's business trip to L.A. and walking along Venice Beach with an old friend and taking the bus to Griffith Observatory on my own and going to a planetarium show 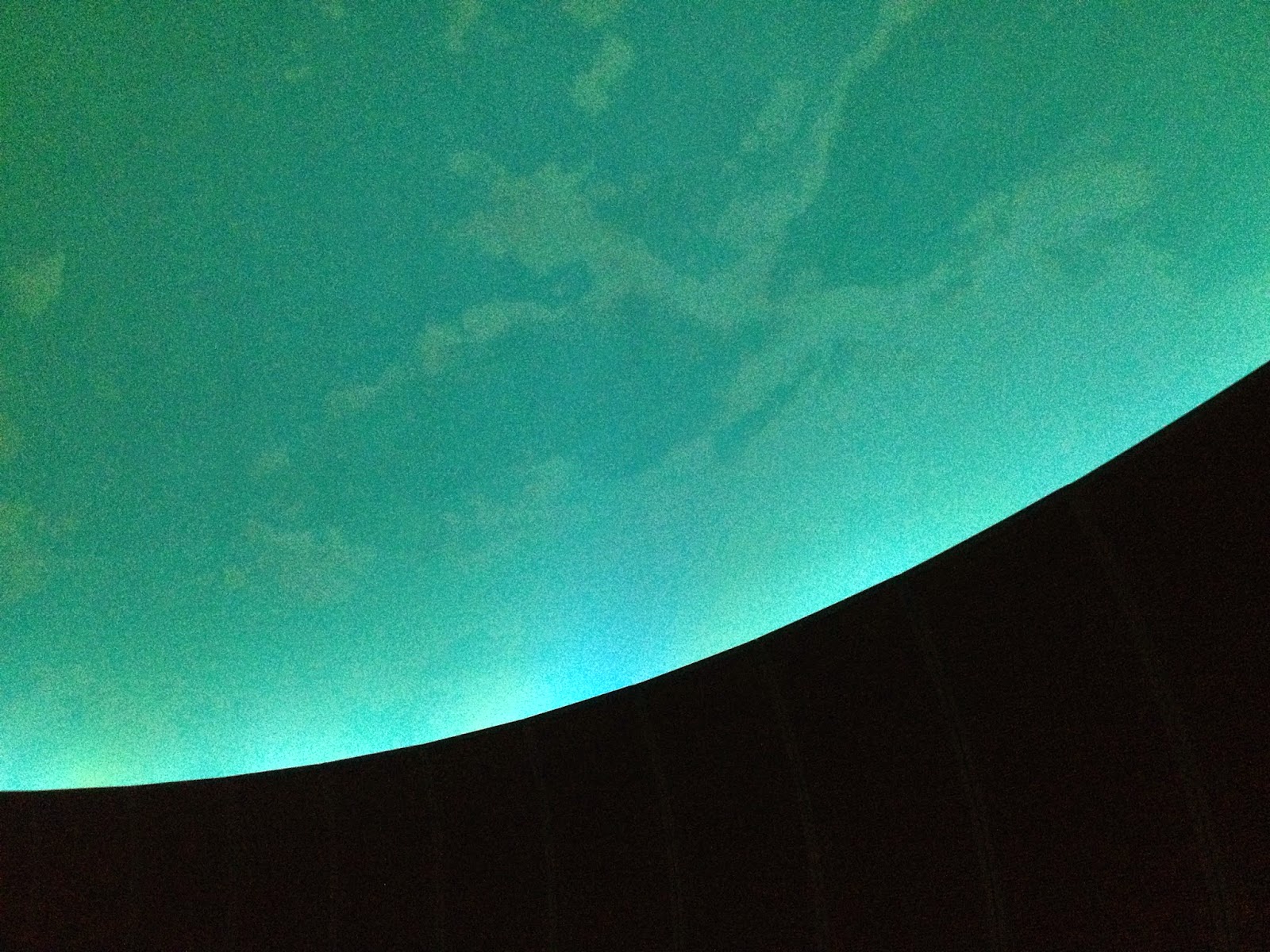 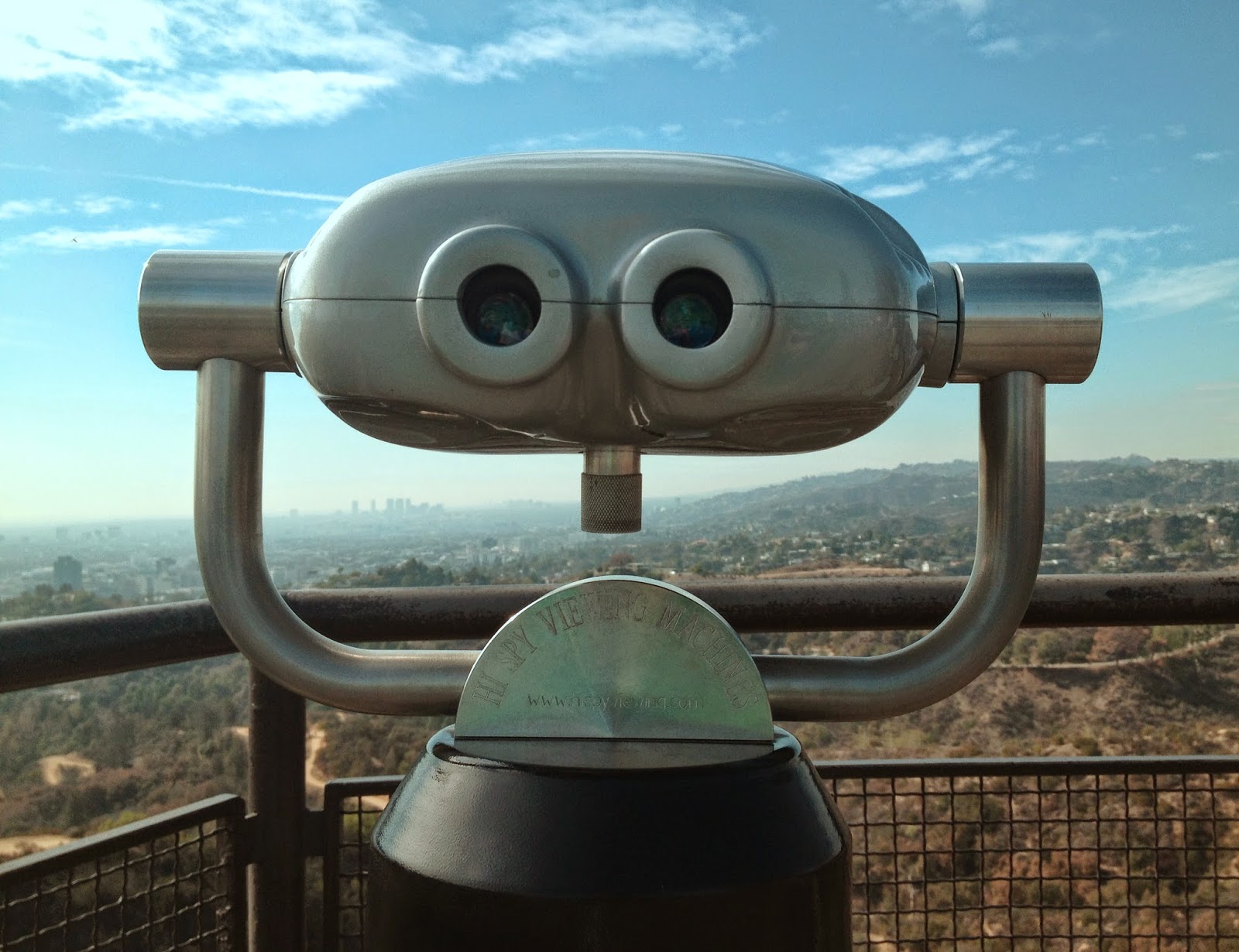 going to the Mall of America and getting Haagen Das 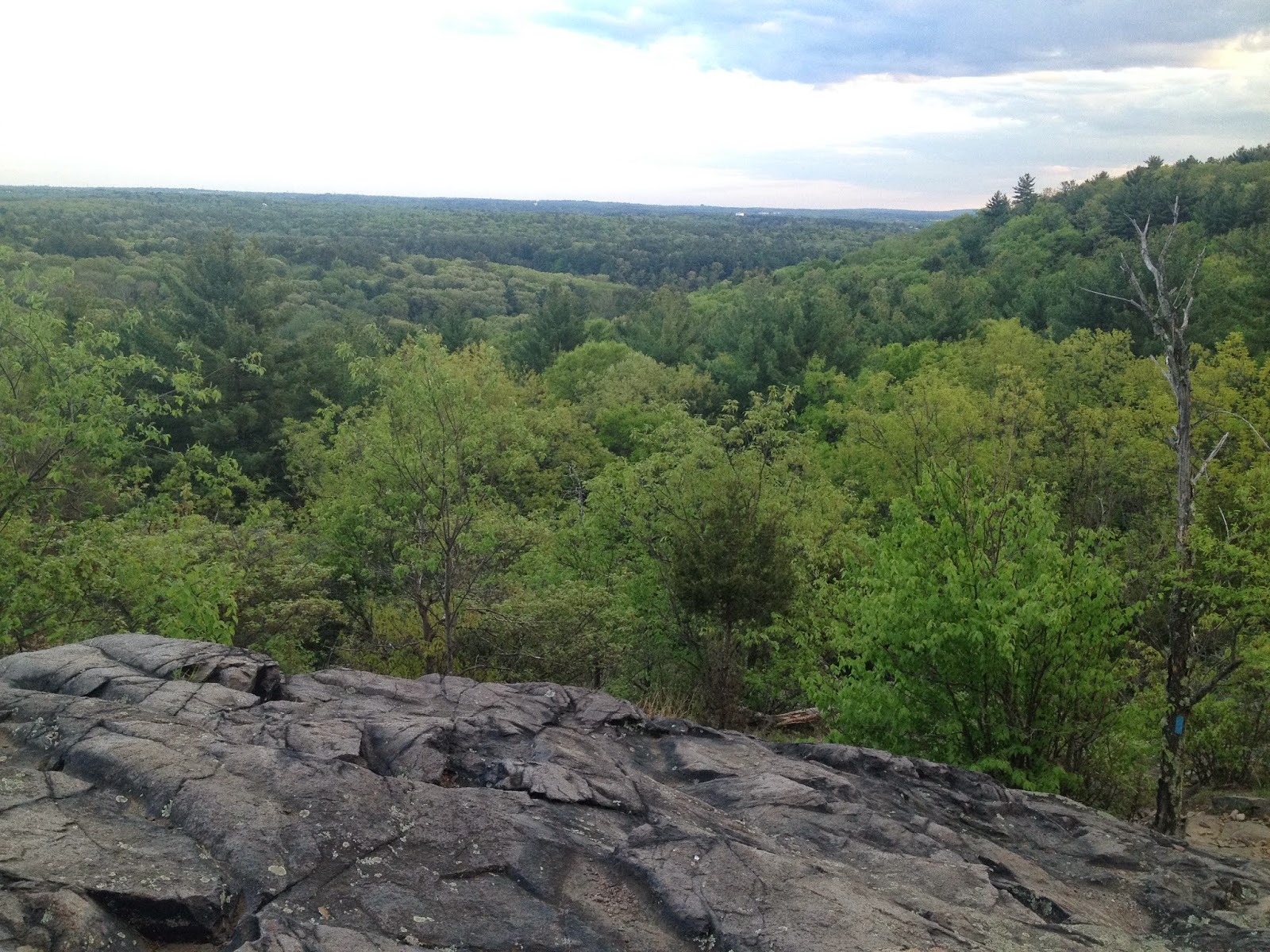 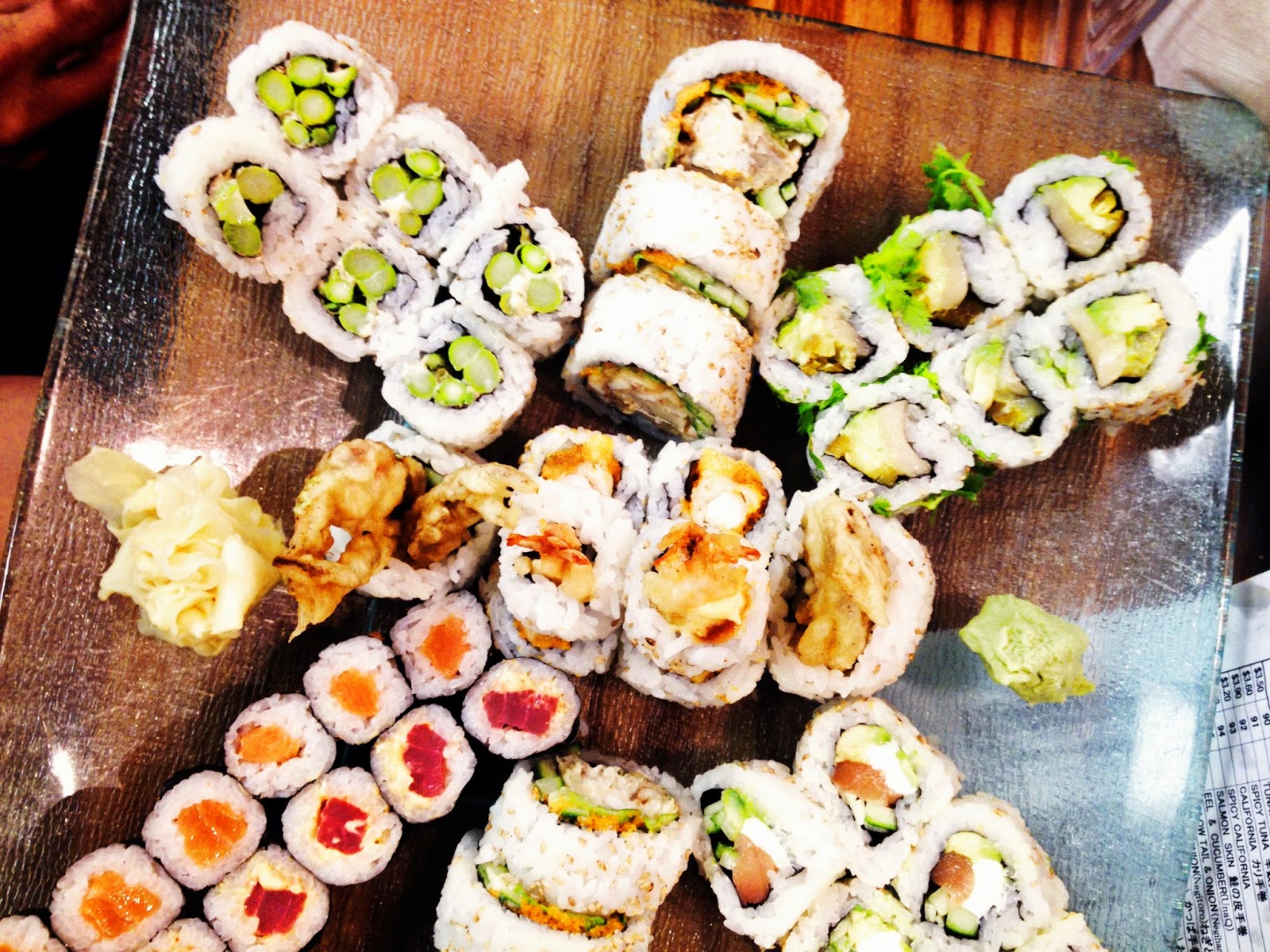 going to a Jimmy Buffet concert and watching the Parrotheads just because, and then being totally surprised and thrilled by a special James Taylor appearance

waiting anxiously for Matt to call with a new tale from his working Alaskan cruise(!!)

buying the girls jerky and sour cherry candies and taking them to a new swim spot in the country, while the others stayed back and took care of business

having fried avocado tacos, platanos,and aqua fresca with a friend in Harvard Square 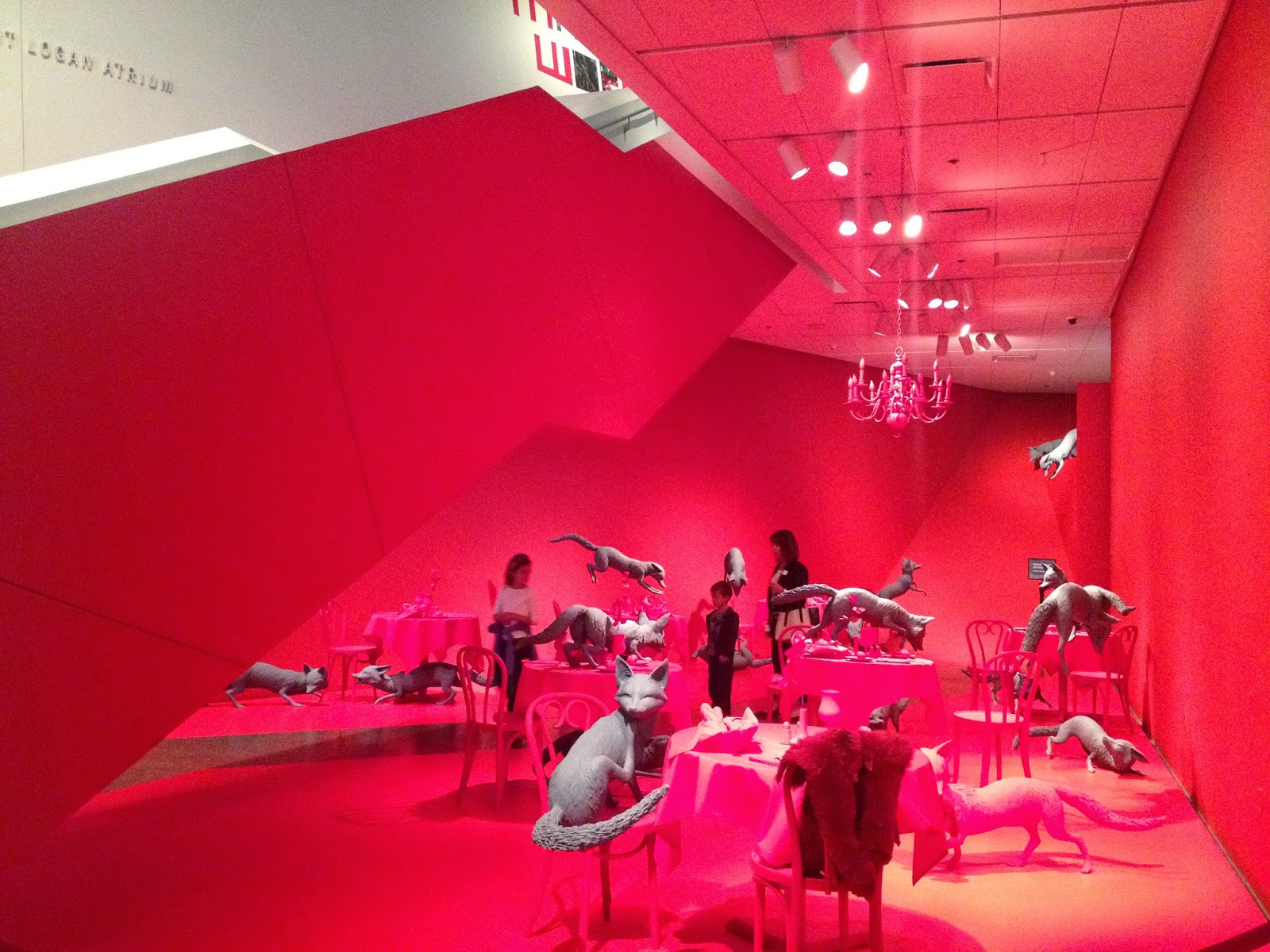 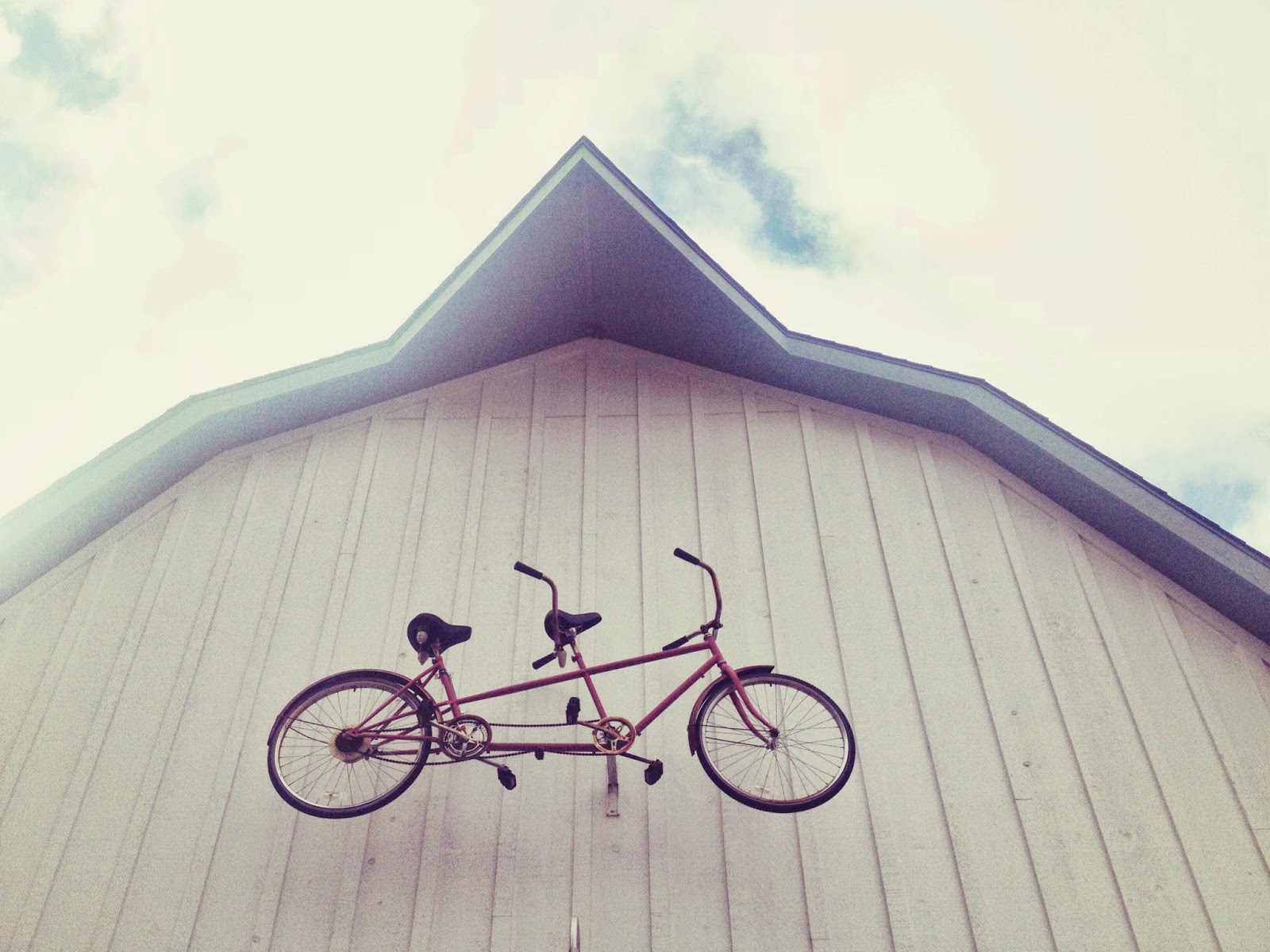 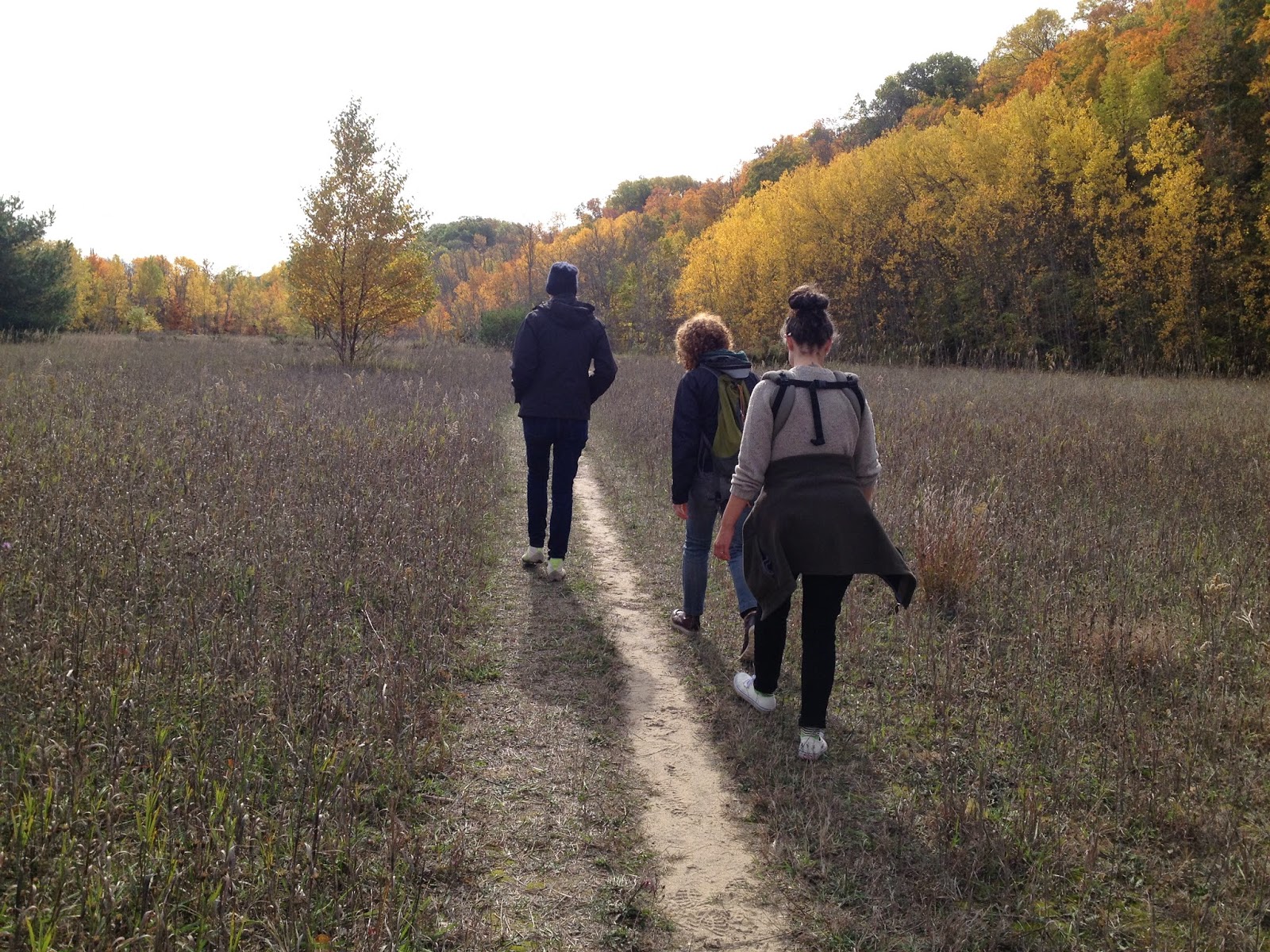 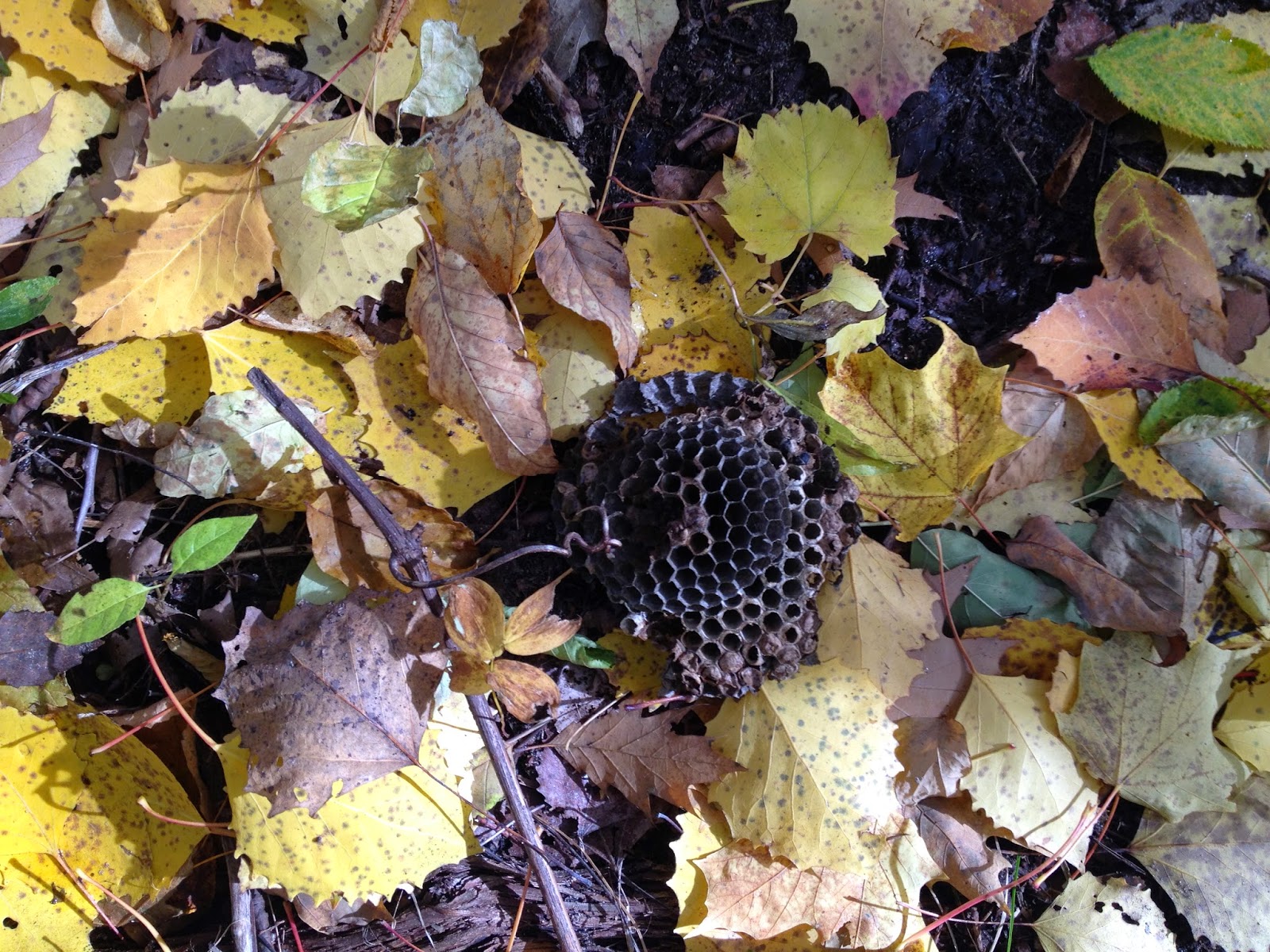 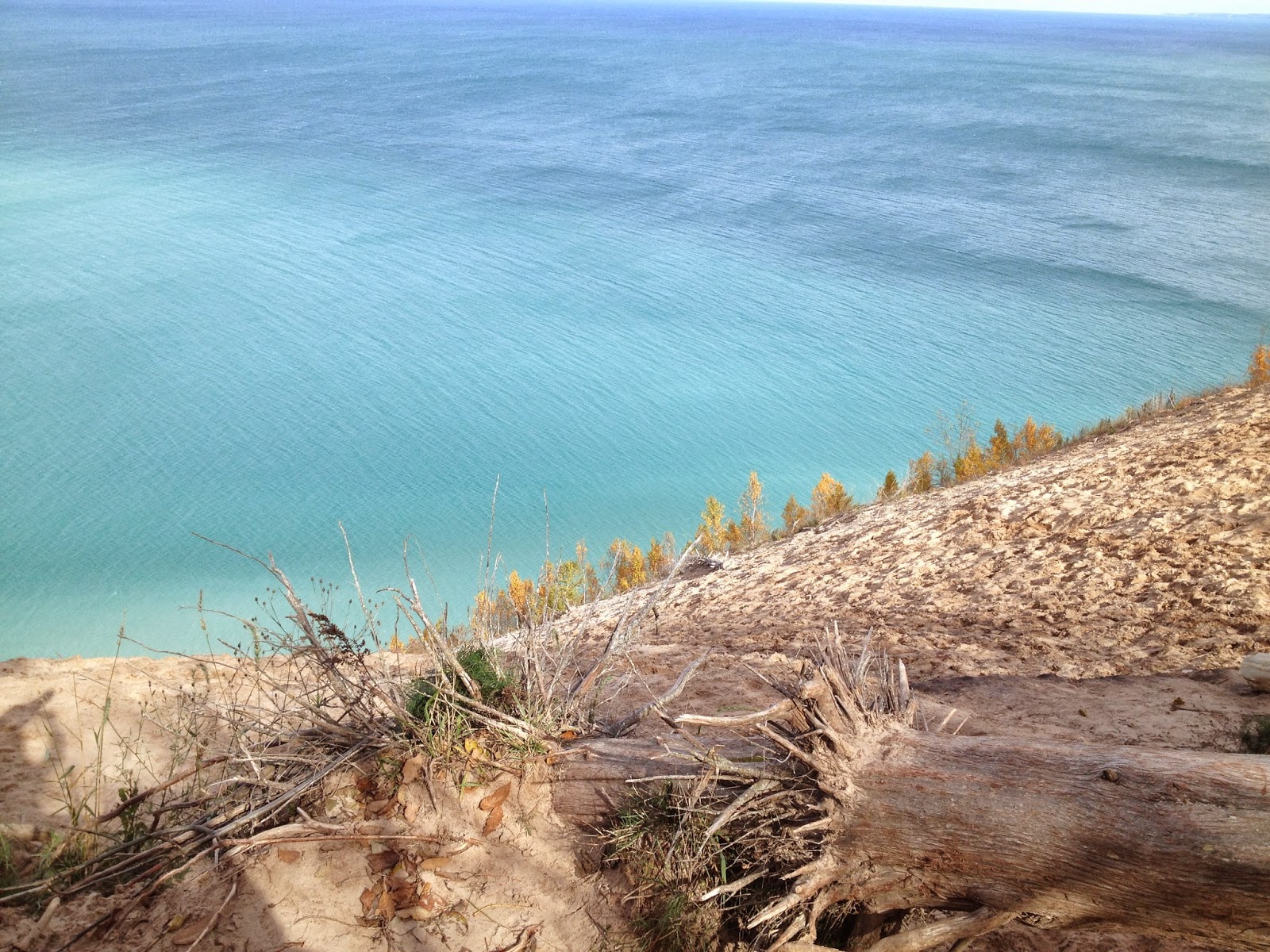 buying a groupon and touring the Saarinen house one Sunday afternoon 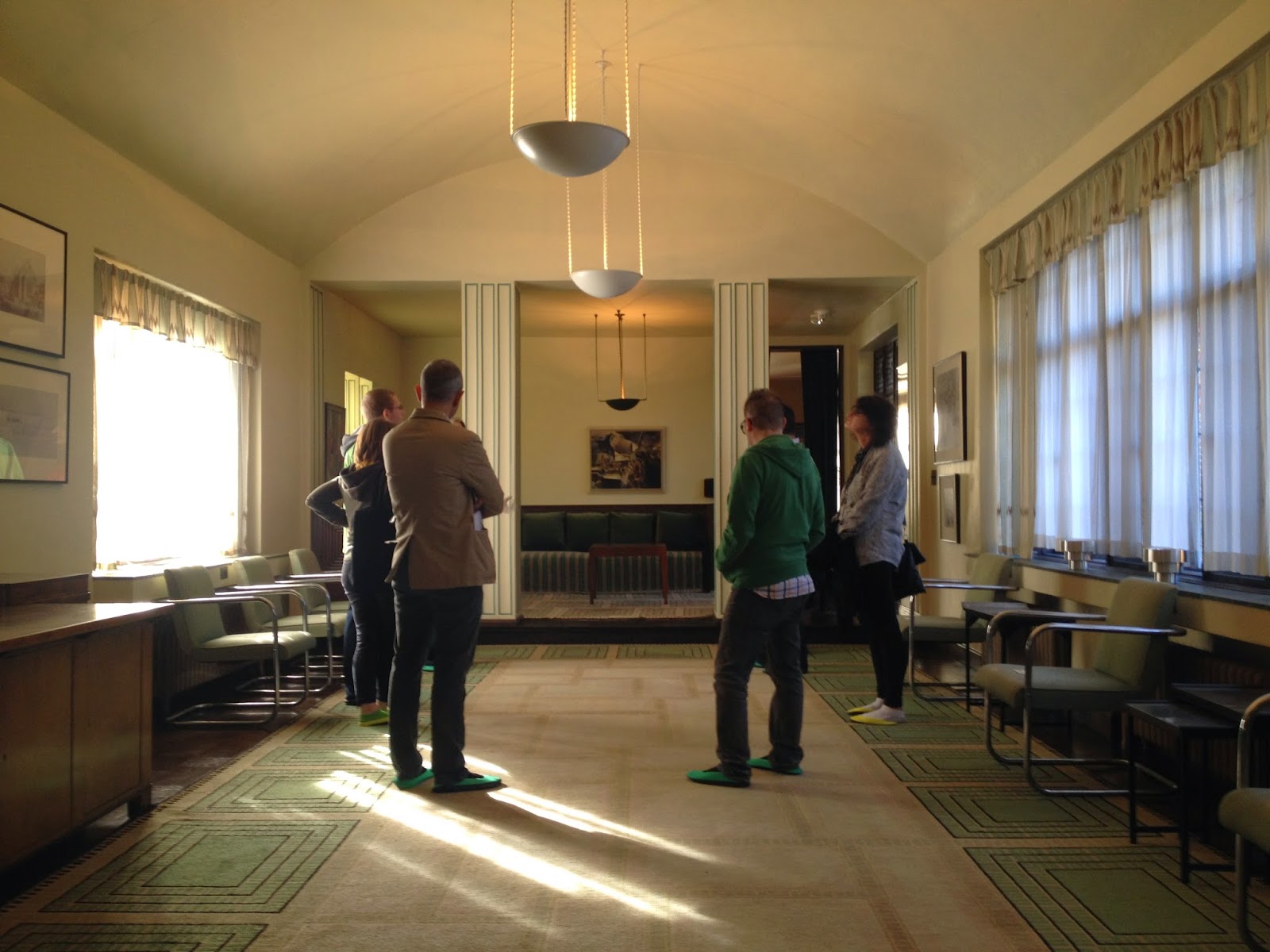 being the second shooter for a toddler's first photo shoot

booking a last minute vacation to Phoenix the week of Thanksgiving, just for the sunshine and rest 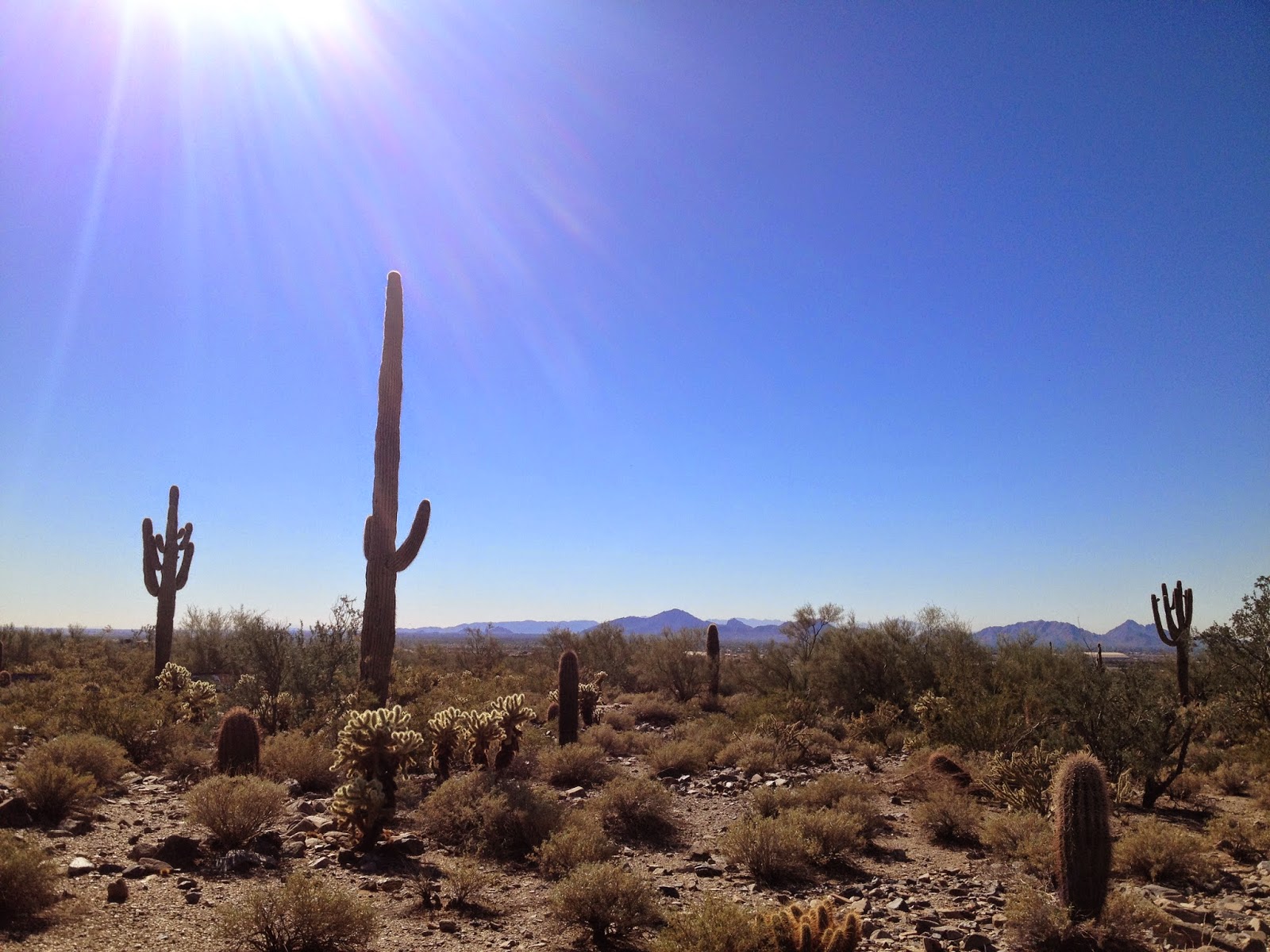 Because it's getting dark so very early these days, because I read this great post about NaBloPoMo - national blog posting month - which talks about showing up here just because it's fun, because I have two years of possible posts I could share...and just because.

Like my friend Sarah does with her annual 100 New Things list, I aim for doing half of the things. And if I don't, it's not a big deal. I don't stress about it. I keep making lists because it's a reminder of things I want to try or accomplish. Like, oh hey, I totally need to make that happen. Not, grrr, I have to do this because I said I would. 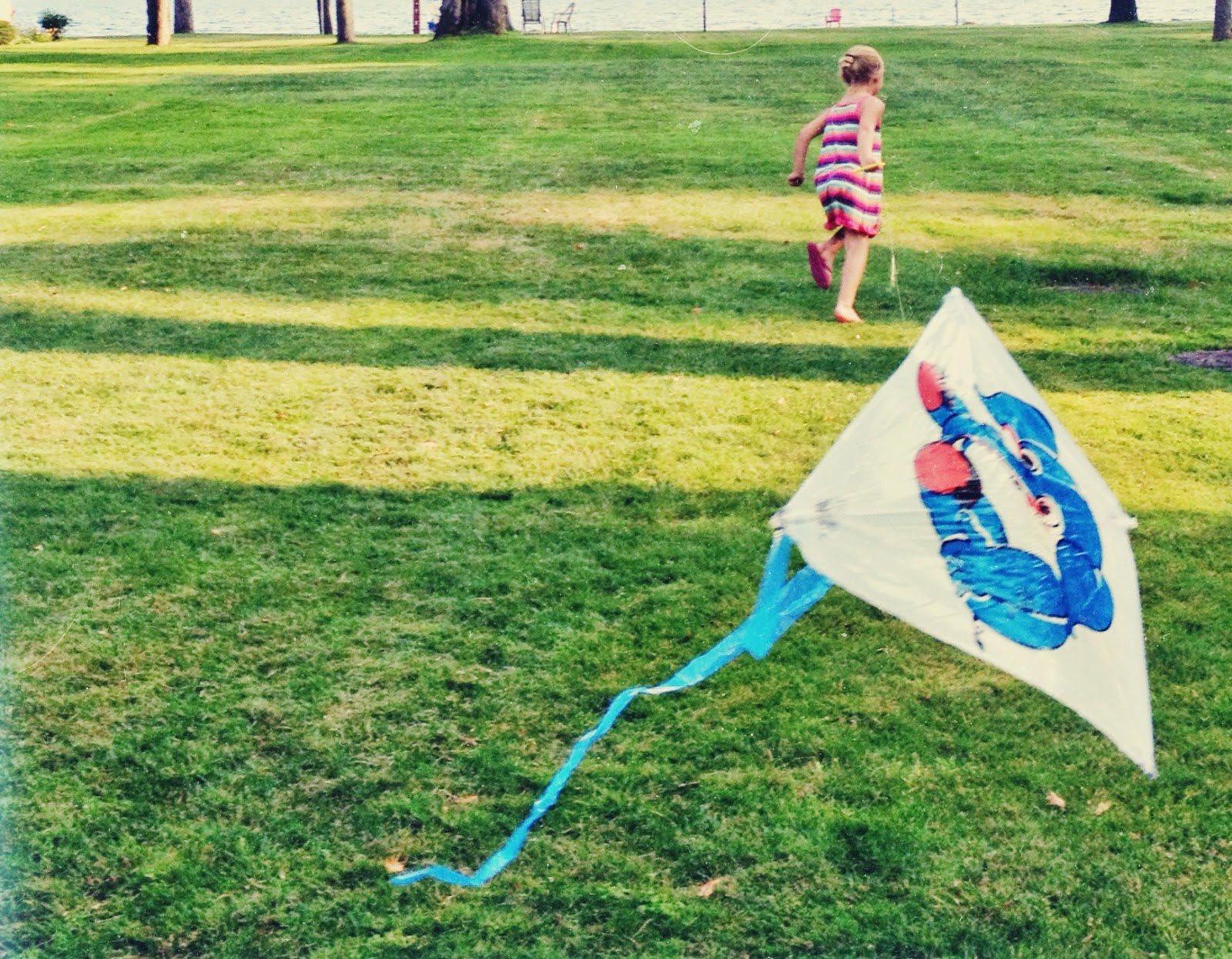 Because the list reminded me to make it happen, one of the highlights of this past year was going paddle boarding for the first time one beautiful weeknight evening on the Huron River. It was challenging and peaceful, and wouldn't have happened without the list. Other highlights were taking my niece on an overnight trip in Chicago for her 13th birthday, flying a very cheap kite on summer vacation with my other nieces which broke into sharp pieces within ten minutes, and downloading a geocaching app and going on a short treasure hunt with friends after dinner one night. Lots of good things.

Every year, I carry forward anything I'm still excited about doing and drop anything that I'm not excited about. A decent number of things have been on the list for two years. It's been a challenging two years, so going easy on myself has been super important. This is all in the spirit of self-care and showing up for myself, not doing for the sake of doing.

When I started the 36 by 36 list in January, I immediately thought I should also keep a spontaneous list. I didn't keep one, except in my head, but I love the notion that the best things I experience in a year will be totally unplanned. Last night, I accidentally - uh, spontaneously - posted a 2014 spontaneous list before it was ready (why is the publish button right next to the save button???). I retracted it, but the original post still went out to email subscribers and news feeds. So anyway, I'll repost tomorrow, and it'll make a bit more sense then.

Email ThisBlogThis!Share to TwitterShare to FacebookShare to Pinterest
Labels: goals 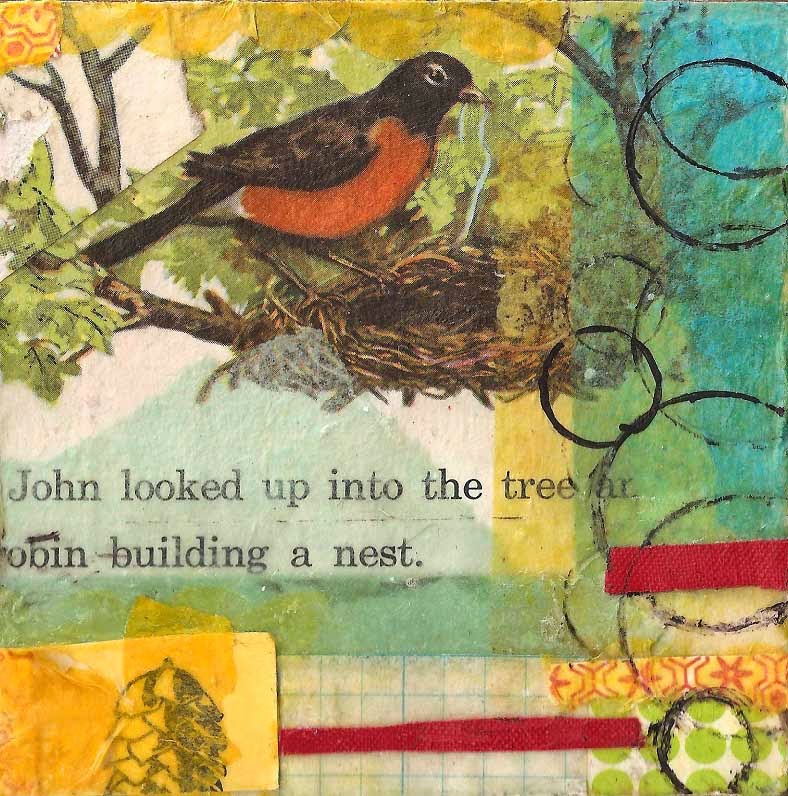 I've been looking through collage books again. Thinking about paper and gel medium. I've also been doing some things I've wanted to do before I turn 36 at the end of the month. Like fly a kite with my nieces. And go paddleboarding with a friend. Giving away art for Free Art Friday was one of them.

I don't actually want to give this one away. I like it. But I'm going to let go of it anyhow. That way, I will just need to keep making more things.
on 8/01/2014 No comments:

#33: Treat my niece to a girls overnight trip to celebrate her 13th birthday

Of all the things I want to do this year, this was tops. I once had a professor who took her grandchildren anywhere in the world they wanted to go for their bat mitzvah or bar mitzvah. It was a tradition I wanted to start with my own nieces - all five of them - though without the "anywhere in the world" part. Granted it would be great if I could swing an Amazonian river cruise or trip to Paris every few years.

Our first niece was just a babe in arms at our wedding twelve and a half years ago and a toddler when we lived near Chicago years ago, when I was in my early twenties and just getting used to big city living. Now she's on the cusp of becoming a teenager.

She lives in Illinois, so I gave her a few options - Chicago, Milwaukee, the Wisconsin Dells. She chose Chicago. All those years that she's been growing up, I've been navigating cities, so it was fun to show her the ropes. Since she was game for whatever, we spent our time the way I typically travel: taking the train, walking way too much, packing it in, shopping just a little, eating on the run, visiting a museum, buying tickets for a play that same day after researching every play in the city weeks before. She didn't get tired one bit. I very much needed a nap before it was dinnertime, but she easily could have kept going all night. 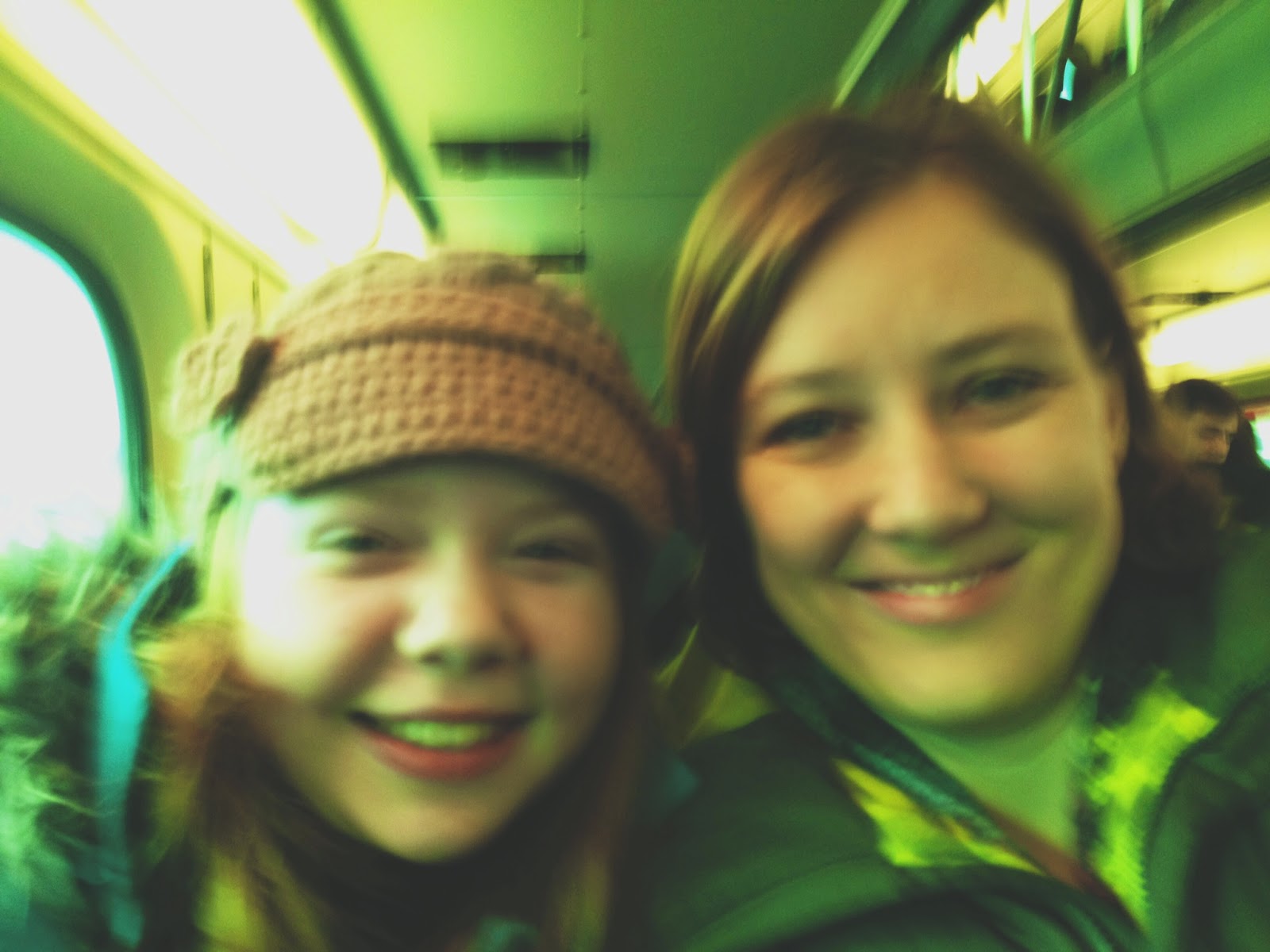 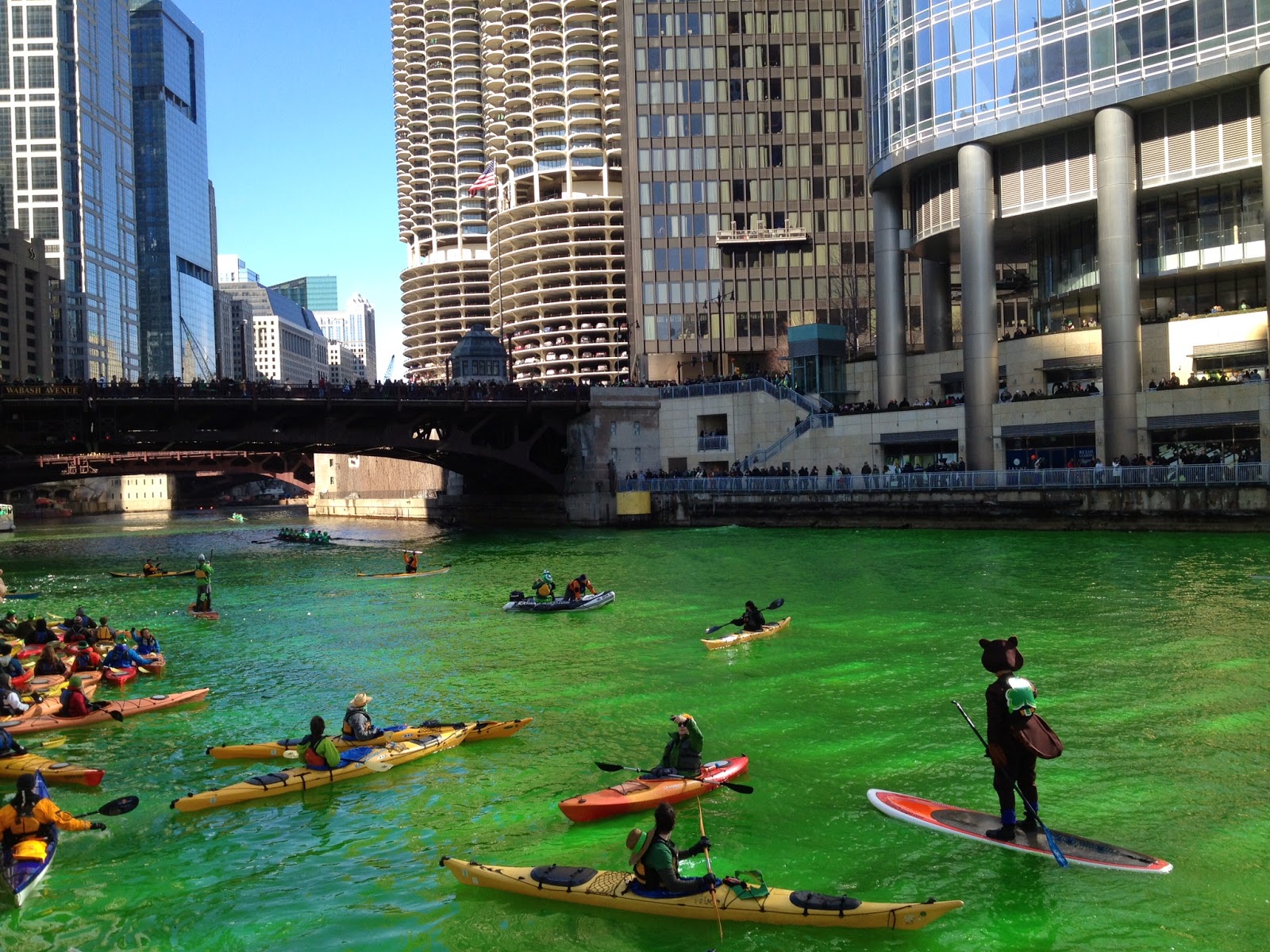 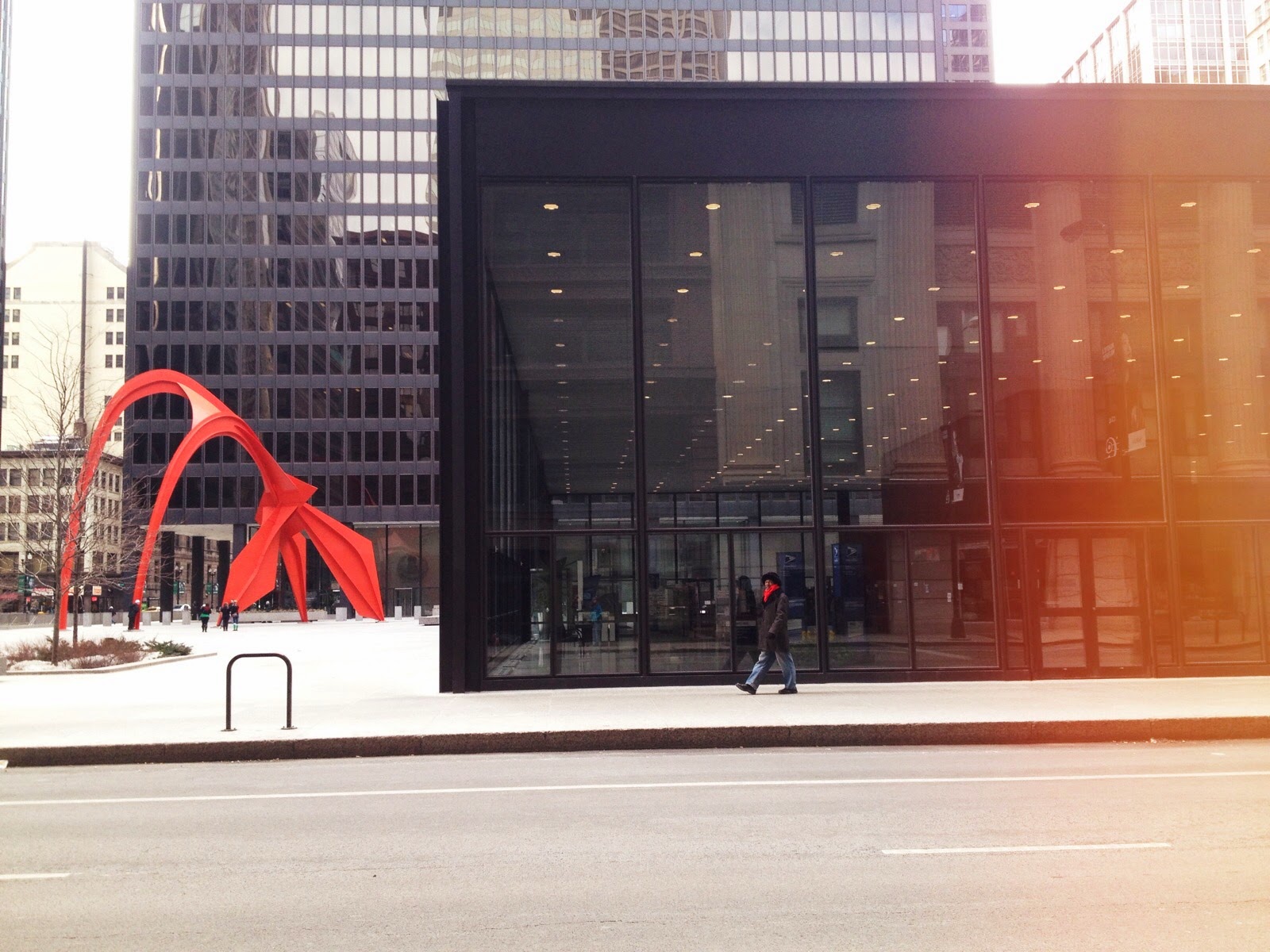 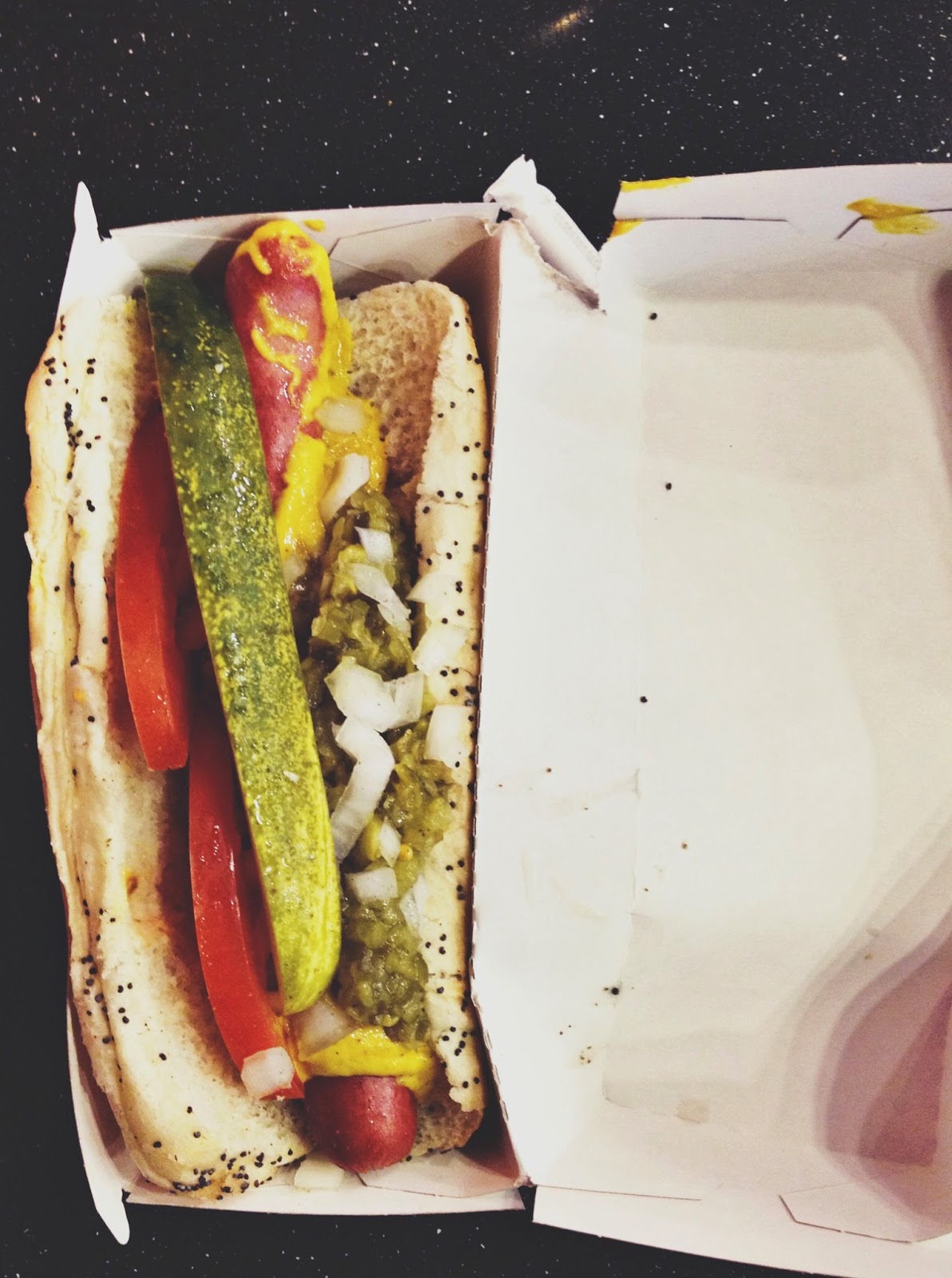 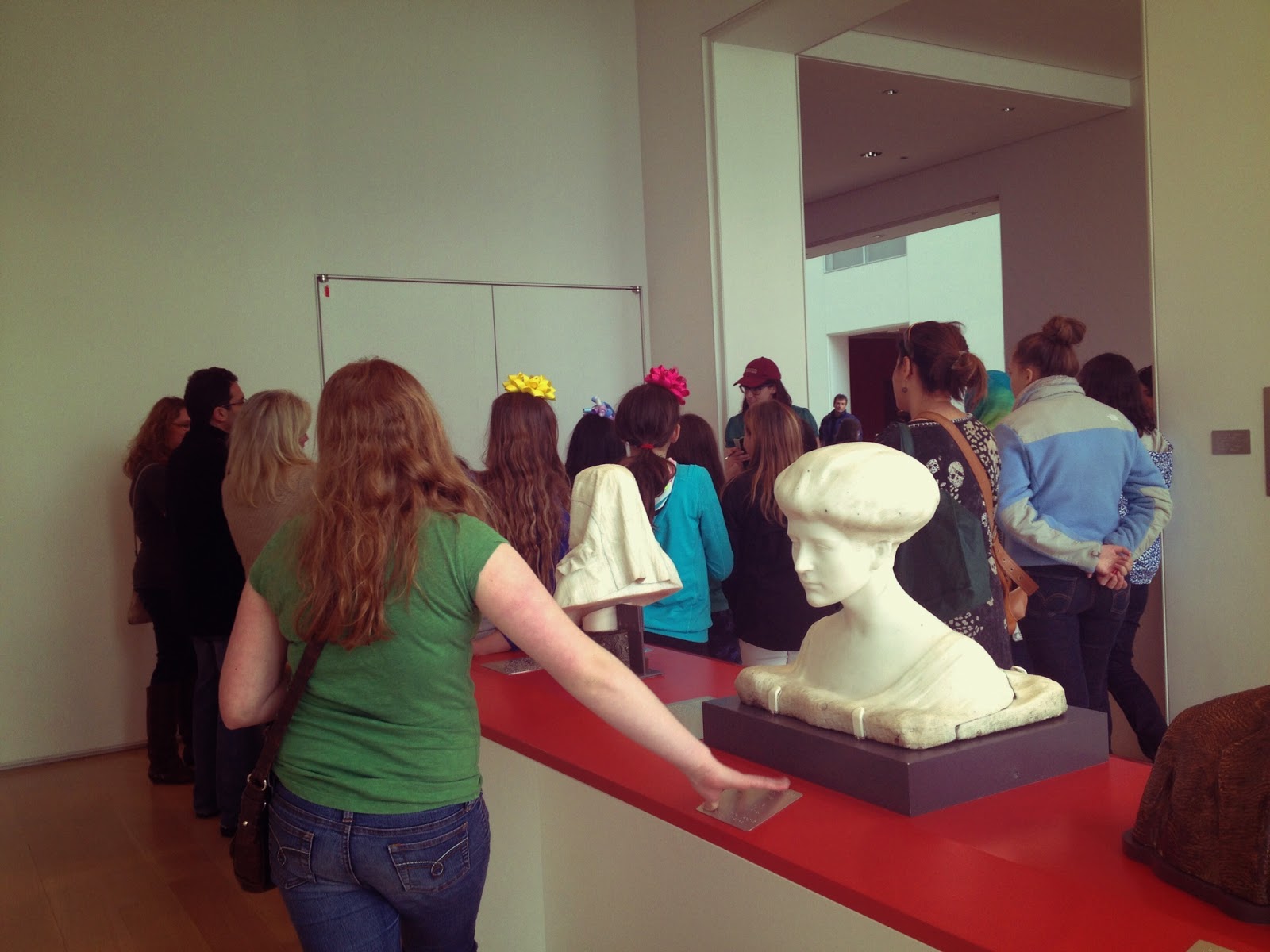 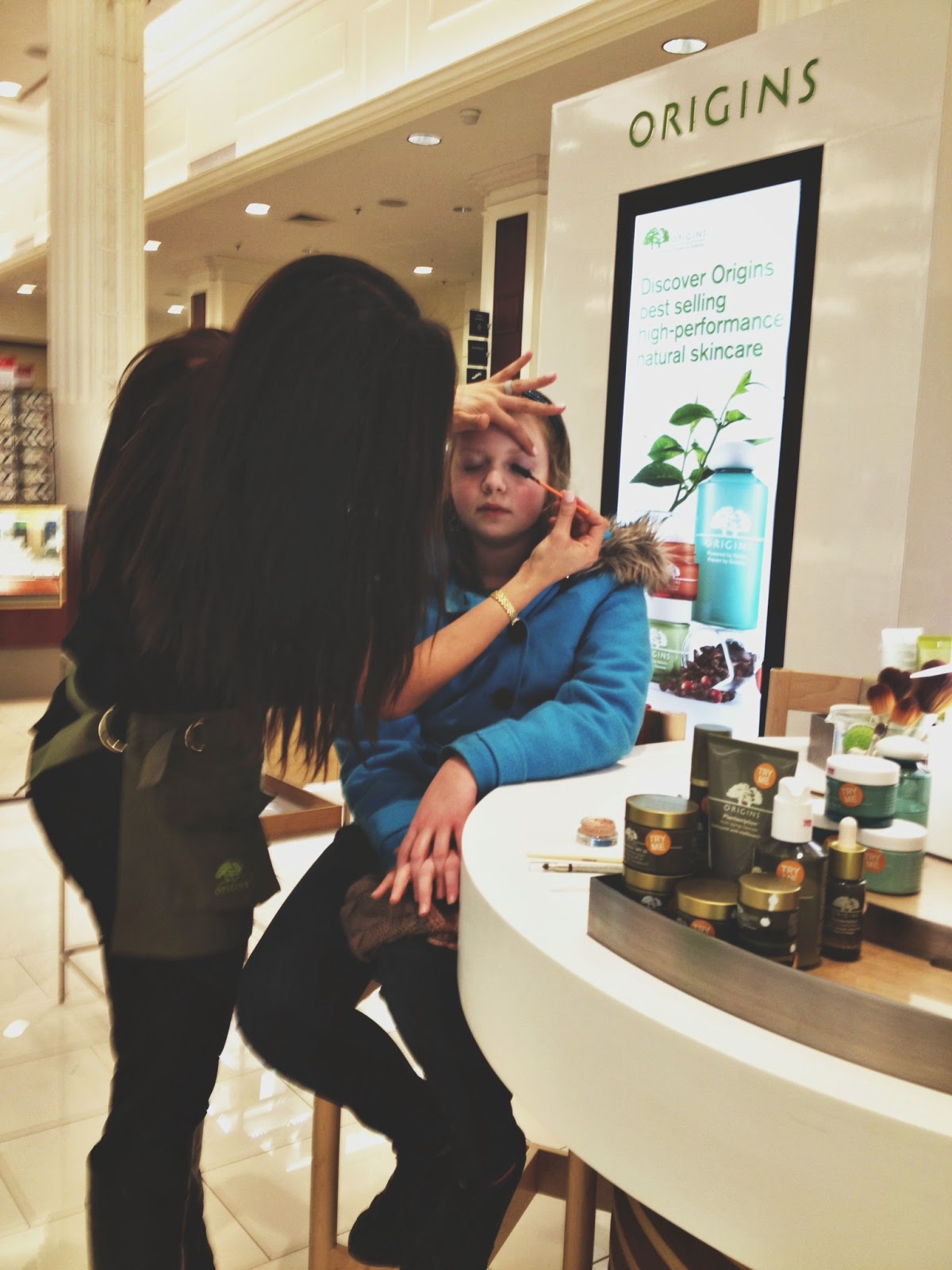 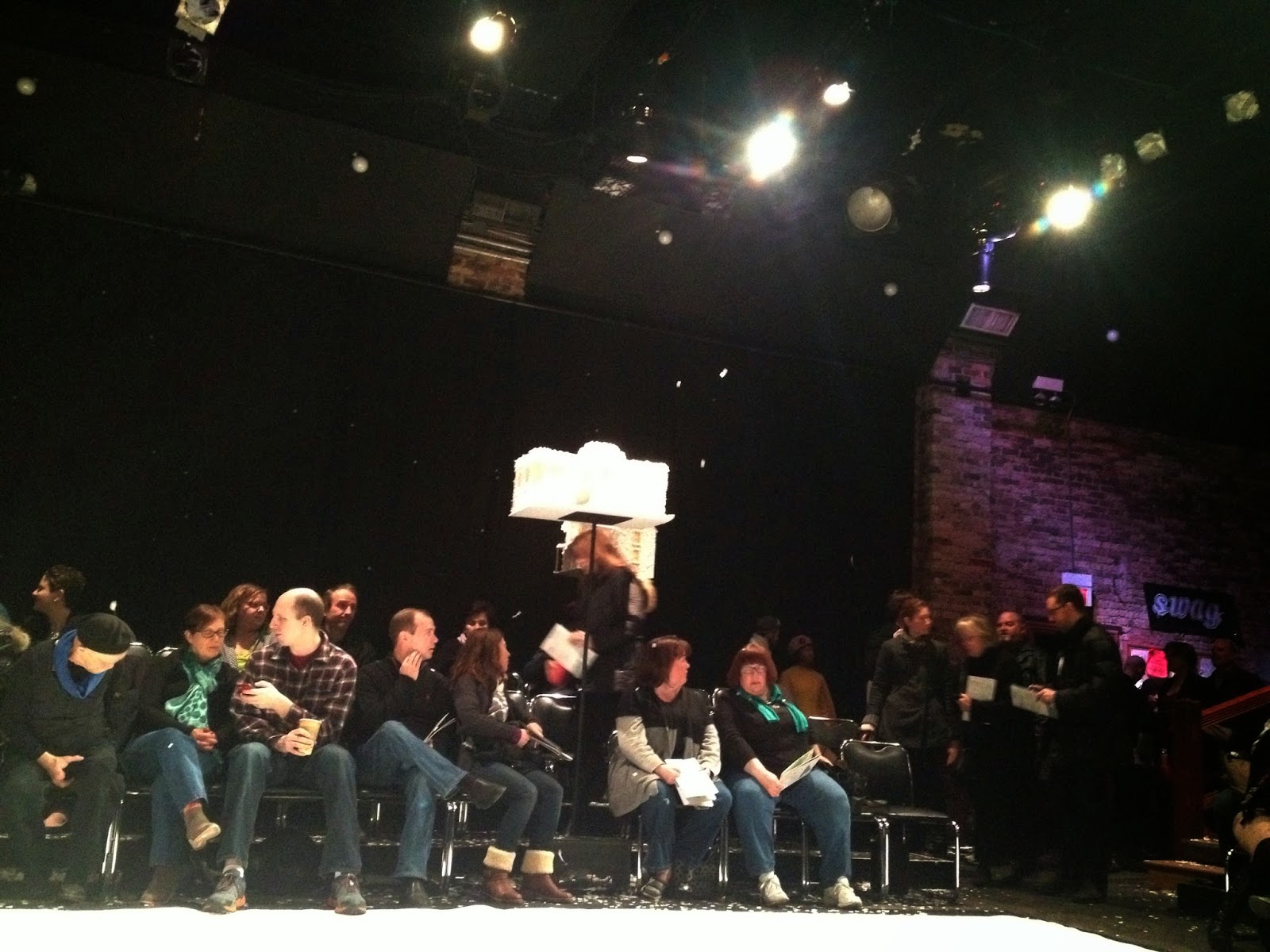 I love that she's in the in-between. She knows it too. Growing up is something she has to do. She kind of wants to and kind of doesn't. My best advice for navigating being a teenager was to stick with your closest small group of friends. With good luck, they could be your friends for a long time, and they'll help you get through all the stuff that isn't so great. And I told her to wear what you want to wear. And as far as make-up goes, I only wear eyeliner on special occasions.
on 3/17/2014 2 comments: 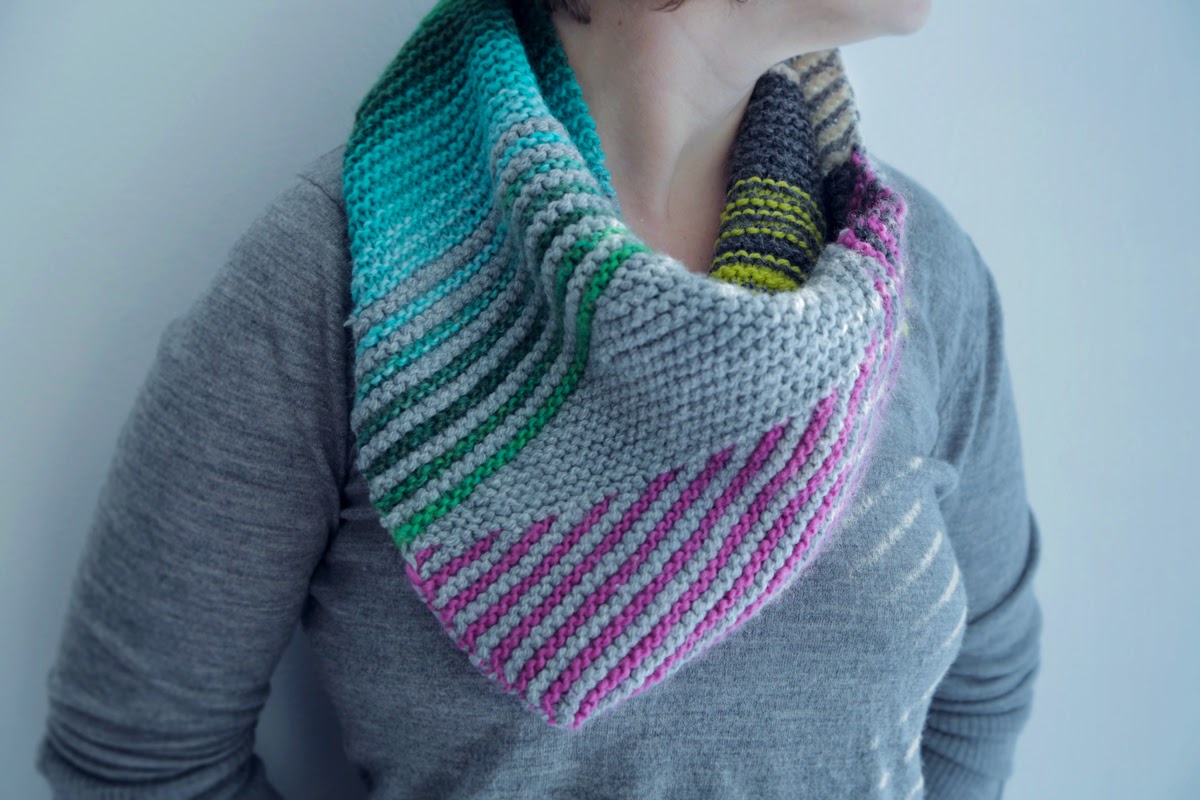 I never mentioned that for 2014, the one little word I choose was "abundance." Or rather, it choose me. Over the holidays I read a book of love letters written between Matt's grandparents while they were courting. It was gifted to us by Matt's aunt and is quite a treasure, since we love them so. When they embarked on a long-distance courtship, they were both engaged in full-time professional ministry - his grandmother doing so as a deaconess in Baltimore before the United Methodist church ordained women and his grandfather as a minister in a very small town in Michigan. In the letters, they discussed their mutual commitment to abundant living. His grandma wrote,

"I'll have to agree again with you, Mac, about the fact that city young people are harder to work with because it takes so much to satisfy them. Really for me, it takes so little (of the right abundant things) to make me happy, grateful, content! Oh! to help them catch that little bit of what it takes to be content."

Having had the pleasure of knowing Matt's grandma for nearly twenty years now, she may be the most consistently content person I've known. She was on to something.

After I couldn't get it out of my head, I looked up the phrase "abundant living" and it turns out the term was popularized by Oral Roberts in the post-war period when Matt's grandparents were quickly falling in love. The sociologist in me thinks that it makes a lot of sense that a theological discussion around abundance took hold as the country entered its most wealthy, consumer-oriented era to date in the 1950's.

Ultimately, I feel the word abundance choose me is because it actually makes me really uncomfortable. Both because of the religiosity around the term, but also because I think of myself as someone who adheres more to a simple living philosophy than to abundant living. But, when I'm honest and look around, I have a lot of stuff. Seriously, we have four computers for two of us. Some of the excess gets in the way of living the way I want to live. But mainly, I just want to more deeply enjoy and get use out of what I have. It goes hand in hand with what I was already setting out to do this year: make a clearing.

At some point well over a year ago, I made a conscious decision to hold back from sharing here the things I was making. I wanted to take the pressure off so I could experiment a little more and just enjoy the making process. I guess I made a clearing of privacy for awhile. I'm glad I did that, but I'm ready to share here more. Sharing right now seems in line with the idea of living abundantly.

So for starters, above is my version of the Simple Sprinkle scarf which is my go-to cowl this very cold winter. I started it last winter to use up yarn scraps, put it aside, and then finished it up in December. The pattern called for a few more repeats, but I thought the shorter length was cozy so I stopped knitting when I felt like stopping.

So that's my plan - more intentionally pick up what's calling me creatively and set aside what I'm not enjoying. Simple and abundant.
on 2/17/2014 2 comments:

I'm Sara. I love to be outside wandering, camera in hand, or inside making things out of paper and photos or yarn and needles. A little garden in the city and trips to places near and far keeps me busy too. There's so much to explore.